Mambo’s Chicken Criticised For Sexually Suggestive Language In Its Adverts

by admin
in Lifestyle

A local fast-food eatery, Mambo’s Chicken has come under fire for using ‘sexually suggestive language’ in its adverts.

The problem is that Mambo’s Chicken seems to more frequently jack news that is of a salacious and sexually-explicit nature. The kind of gossipy and sexualised social media content that Mambo’s Chicken builds its adverts around ensures that it delivers lewd jokes in coded language that reinforce attitudes of entitlement.

One of Mambo’s Chicken’s adverts read: 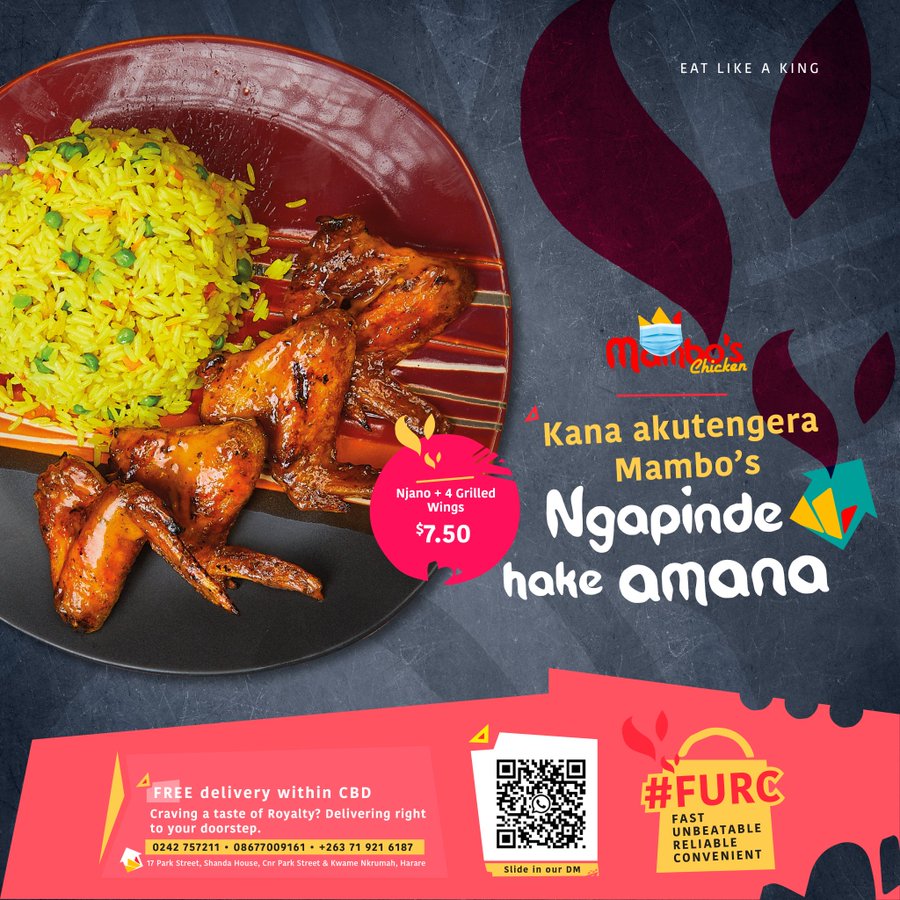 In response, a local agripreneur Kuda Musasiwa who was also a campaign manager for advocate Fadzayi Mahere in 2018 said the advert had sexual connotations. He said:

This mambo ad translated: If a man buys you mambos chicken you must let him have sex with you. unfortunate messaging here to the “Girl Child”

It’s not sex that Mambos is selling, It’s SEXISM. Their adverts disrespect women & portray women as “the weaker sex”, As objects of men’s satisfaction. They’re also clear in their advertising their target is men, As their “jokes” are always about men getting some.

“Mambo’s Chicken reflects the language of sexual predators – and emboldens them” their adverts are in poor taste. One wonders if there are women working at that company and what it says about them.

There are some who feel that there is nothing wrong with the adverts and there include Tafara Moyo @bloggerguides who responded to Thandekile Moyo @Mamoxn saying:

How you interpret Mambos Ads says a lot about you. Than they do about their ads. If the only Ngaapinde amana or their Big Breasts Big Thighs ads mean sex then you have a dirty mind. I mean who doesn’t know chickens have breasts and thighs. We grew up knowing chidya ndechababa.

Freedom Maziriri’s Mambo’s Chicken is well-known for effectively using edgy and witty adverts based on the current trends and sometimes they go as far as taking a jibe at anyone who will be trending at that particular point in time. The marketing tactic is called newsjacking.

Another Zim cheating couple stuck together while having S_X

Truck drivers staged a protest at the Beitbridge Border Post on Tuesday, demanding efficient clearance and passage. The disgruntled truck...

The president of Burundi, Évariste Ndayishimiye is set to fire all married government officials who have concubines or are involved...

Harare City Council (City of Harare) says it has issued 48-hour notices to hundreds of people settled on the Mbudzi...

Ginimbi’s crushee Tanaka plays with her boobs on an Instagram live. You all remember the Zimbabwean popular socialite and businessman...

Another Zim cheating couple stuck together while having S_X

Stories about couples getting “stuck on each other are not a new phenomenon as it is a well-known form of...

“My American Tour Has Nothing To Do With Anybody” Mai Titi Rubbishes Claims That She Is Stranded In America After...

Bars And Pubs Allowed To Reopen

Breaking : Zimsec A Level Results Out: How To Check Them Online {UPDATE}

UPDATED: Here Is How To View Grade 7 Results Online

7,000 arrested in two weeks for not wearing masks

Breaking : Zimsec A Level Results Out: How To Check Them Online {UPDATE}

No Result
View All Result